Decoupage is the craft of decorating furniture and objects with cut out paper. The word actually comes from the old French word decouper, meaning to cut out, although variations have been found going back to the early middle ages and before.

The origin of decoupage is thought to be Siberian tomb art. From Siberia, the practice came to China, and by the 12th century, cut out paper was being used to decorate lanterns, windows, boxes and other objects. In the 17th century, Italy, especially Venice, was at the forefront of trade with the Far East and it is generally thought that it is through these trade links that the cut out paper decorations made their way to Europe. Artisans in Florence have produced decorative objects using decoupage techniques since the 18th century. They combined decoupage with other decorative techniques already popular in Florence, such as gilt and gold leaf. 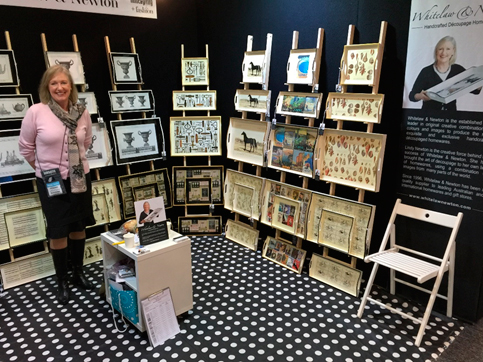 Lindy (Whitelaw) Newton started teaching decoupage at an art center in Sydney, Australia in 1993. While teaching she developed a process to put large sheets of paper onto objects like trays and placemats. (Traditionally decoupage only uses small pieces of paper). She made some samples and began to approach shopkeepers, who loved the products and were impressed with their uniqueness. Orders started flowing. In 1996 Whitelaw & Newton was formed; initial orders led to the start of production, which has continued for 20 years.

Lindy has fine-tuned the art of decoupage to her own line of trays, using a combination of paper images from around the world, mostly Rossi and her own designs. It’s quite the niche business as competition is limited.
Explains Lindy,

“First we looked at possible competitors displaying at trade fairs in Europe, such as Ambiente in Frankfurt, and confirmed what many of our customers have told us, that there was really nothing on the market like our trays.”

As it became clear that the products were well received, Lindy then set a target of supplying as many high end furniture, gift and homewares stores as she, with her limited production capacity, could manage. (The product has always been handcrafted in Sydney, with Lindy undertaking the decoupage and final finish.) 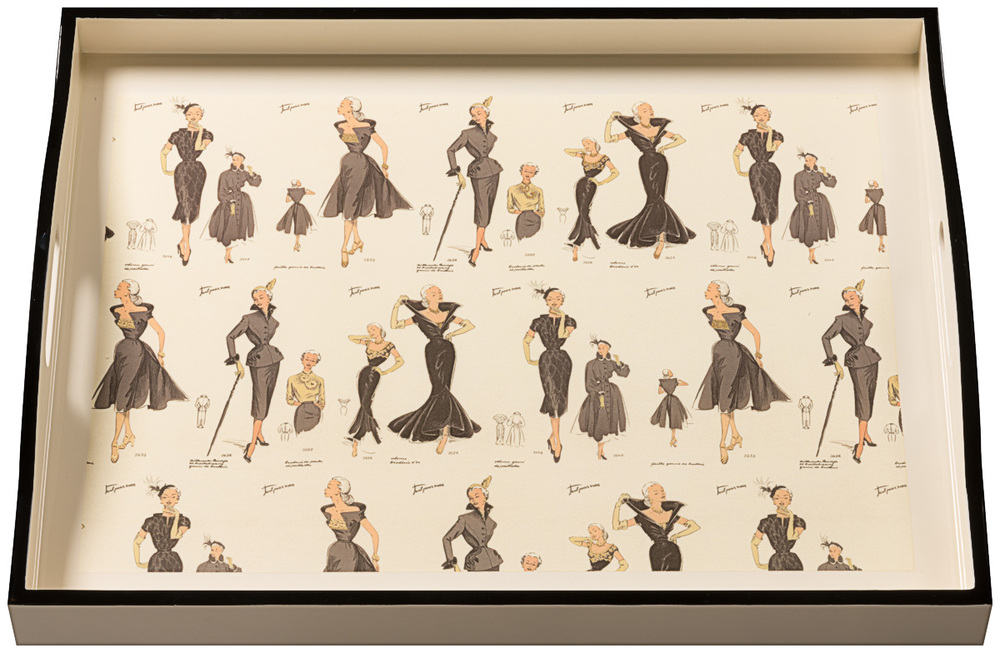 The company was very pleased with the sales volume in Australia, New Zealand and parts of Asia, but there was, however, a limit to Lindy’s production capacity, and she regularly had to turn down large orders and many international requests.

“A number of our customers had consistently encouraged us to look at international markets, so in 2014 we decided to expand our ability to manufacture, but we also recognized that cost of manufacturing in Australia was too high.”

Now the trays are handcrafted in Vietnam. Lindy spent quite a bit of time training the production team and has taught them how to decoupage the images onto trays, so that they now combine her skills in decoupage with the Vietnamese skills in lacquer work. The results are stunning, and the company now has a far greater ability to supply a larger market, while still maintaining the handcrafted nature of the product.

“We believe we now have a particularly beautiful product.”

We think he is right! 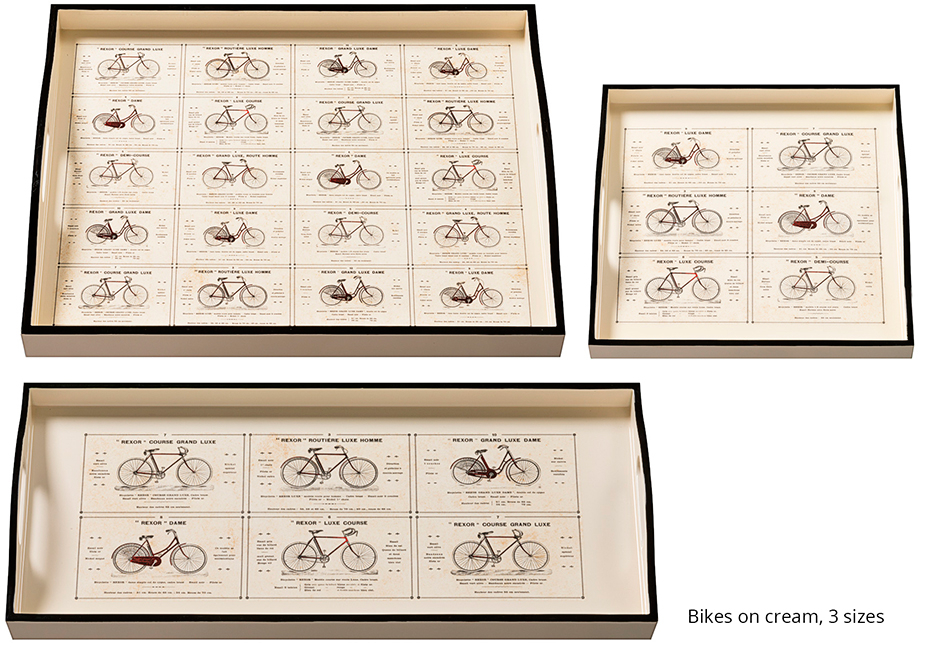 “The papers we use are a mixture of designs from a number of places, mostly Rossi.” She also has her own designs. “Where they are my own work, I have taken images, played with them until I am happy with the design, then get the finished product printed.”

Lindy’s designs are all the black and white trays on her website.
There are a “few other papers from very disparate sources, but we are trying to basically standardize on Rossi papers or my own designs. “

“Over the last few years we have worked very closely with the Rossi distributor in Australia, Martin Burton of The Paperie. ( see Rossi blog dated Feb 27, 2015,for more on The Paperie ) We were always aware of the beautiful Rossi wraps, and have used them as the design basis for our trays when they were made in Australia. In February 2014 we visited Mattia Rossi in Italy, showed him our work, and he has allowed us to use his papers on our trays for sale around the world.”

“Our bestselling Rossi based trays are music, fashion women, bicycles, coffee and wine. We would like very much to work with other Rossi distributors/ partners to introduce our Rossi designs on trays to other markets.“

With their greatly increased production capacity, Whitelaw and Newton is beginning to sell offshore. When contacted last week, Lindy in fact was doing her first trade show outside of Australia, in Abu Dhabi. 2016 will be the year of their planned expansion, with limited entry into parts of Europe and the USA.
For more information and to see a list of retailers and products visit: http://whitelawnewton.com

We wholesale to retail outlets in Australia (including the largest up market department store chain), and will sell to distributors in other countries, who then will have rights to particular territories. Our web site is for information, not for web based buying outside of Australia, at this stage.
Lindy and Bill Newton
Whitelaw & Newton
+61 (0)2 9489 9991 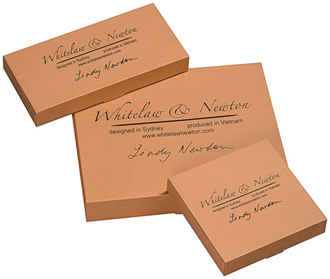 Each tray comes labelled with the Whitelaw & Newton brand, and with Lindy’s signature. Every tray comes wrapped in an individual box.

Gift Ideas for the Season of Graduation