Tsumagari is one of the most famous patisseries in Japan. Known for its delicious cakes, pastries and confectioneries. 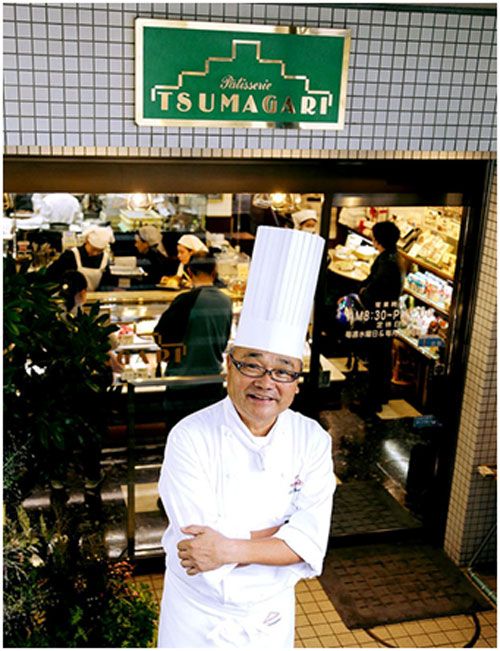 Nishinomiya City is located in the south-east of Hyōgo Prefecture between the cities of Kobe and Osaka, Japan.
It is known as Nishinomiya’s best cake shop.

The Customers who step into “Cake House Tsumagari” when the shop opens in the morning call out to the proprietor, Takashi Tsumagari, as if they were family.
This scene has been replayed daily for about 30 years since the shop opened.

Born in Miyazaki Prefecture, Takashi Tsumagari, then just 17, joined a cake shop in Tokyo in 1968. Although he had never eaten a cream puff in his life, he began his career as a pastry and confectionery worker. His sunny disposition and hard work carried him up the ladder and into a major confectionery manufacturer in Hyogo Prefecture at 23. He trained hard in cake decorating and won the top prize in a competition. When he was 26, he went to a cake shop in Switzerland to further his craft.

Upon his return, he eventually opened his own business and in 1987, Cake House Tsumagari was born with his motto, “I want to offer sweets that make people feel happy. “

Takashi Tsumagari not only runs Cake House Tsumagari, but is also the “ingredient hunter” for his confectionery, seeking the finest ingredients. He uses strictly milk from free-range cows kept in a coastal area of the Tohoku region, spring water from Mie Prefecture and almonds from Sicily.

In 2011 the government selected him as a Contemporary Master Craftsman (Gendai no Meiko), a true honor. 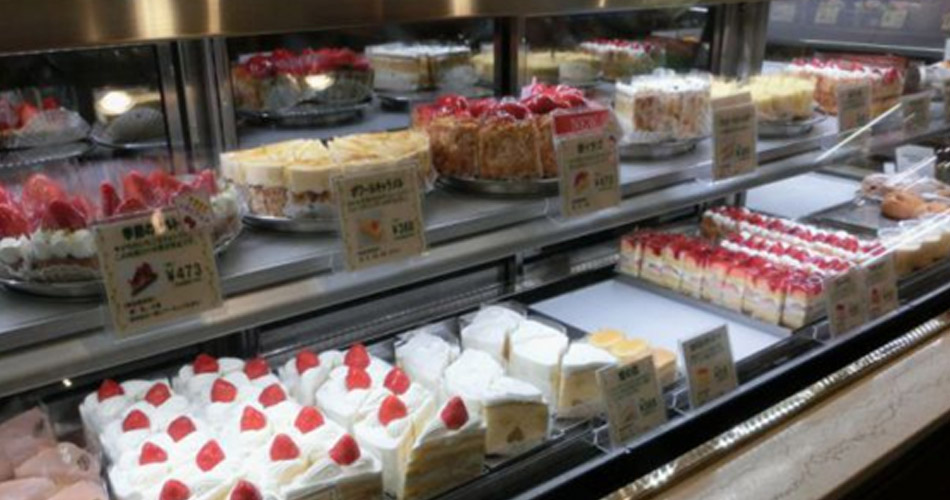 A variety of freshly made cakes fill the showcase.
They feature fresh fruits, butter and freshly whipped fresh cream to name a few. The freshness of the ingredients is the key to the incredible flavors. As soon as a cake sells out, Tsumagari makes a new batch and refills the showcase. 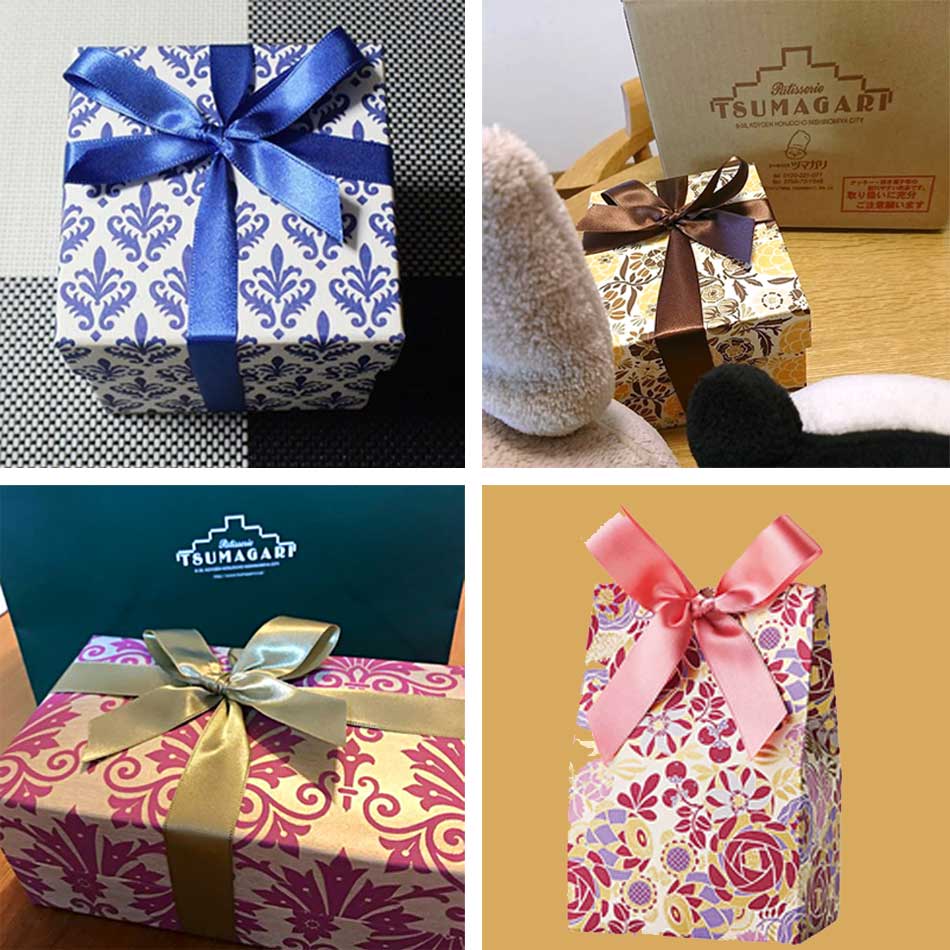 Customers are totally wowed by the sophisticated custom wraps found on their packages of confectionery, pastries and jams. We at Rossi are pleased that they use our decorative wraps for such beautiful packages.

Tsumagari has a few other shops within department stores in Japan, but the offerings are mostly confectioneries. The fresh cakes are exclusively made at The Cake House.

To find it, visitors get off the train at Koyoen Station on the Hankyu Line at the foot of Mount Rokko in Hyogo Prefecture and walk up a little way. It’s a 56-square-meter neighborhood cake shop that evokes a sense of nostalgia.
You may even find Mr. Takashi Tsumagari outside: He has been finding time to step out with a trash bag in hand to clean the streets.