When he was 17, Luca Palatresi bought his first SLR camera. His passion was in observing people…the faces surrounding his world and fantasizing about the hypothetical vs the reality of their stories.

Luca was born in Fucecchio, Italy (between Florence and Pisa) in 1978. His family owned a bar which is where he became curious about the faces and people he encountered. He has never stopped this curiosity and now it is his passion to express their stories. The camera was merely the means by which to shape reality and to give it a more expressive form.

Even at 16 years of age, Luca’s afternoons were spent among the books of the great masters of photography: Bresson, Penn, Avedon, Mapplethorpe, Barbieri, and Newton. Through them, he got his first glimpse of his life’s journey. He knew it would soon begin and would never be abandoned. 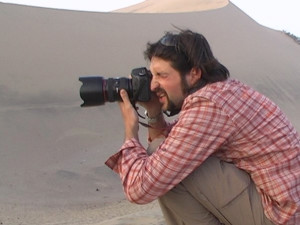 In 2002, he left his studies to pursue his passion to become a professional photographer, a freelancer in the fashion and advertising industry. After a short apprenticeship, he quickly moved into the ranks of professionals and was in competition with some of the best. Not long after, Luca began working with prestigious Italian and international brands and having his work published in the most influential fashion, design and art magazines.

He also became a sought-after portraitist; having secured such recognition in the advertising sector, he branched out into a more personal and artistic path. That led him to achieve awards in group and solo exhibitions in Italy and abroad, such as the prize at the Lucca Digital Photo Fest and the prestigious Arte Laguna Prize Venice, an international art award, aimed at enhancing contemporary art.

“Photography for me, is more than a job; it is expression.”

His highly acclaimed work was commissioned in solo exhibitions such as
“I Saw the Light!”, and the more recent “Darkness”. 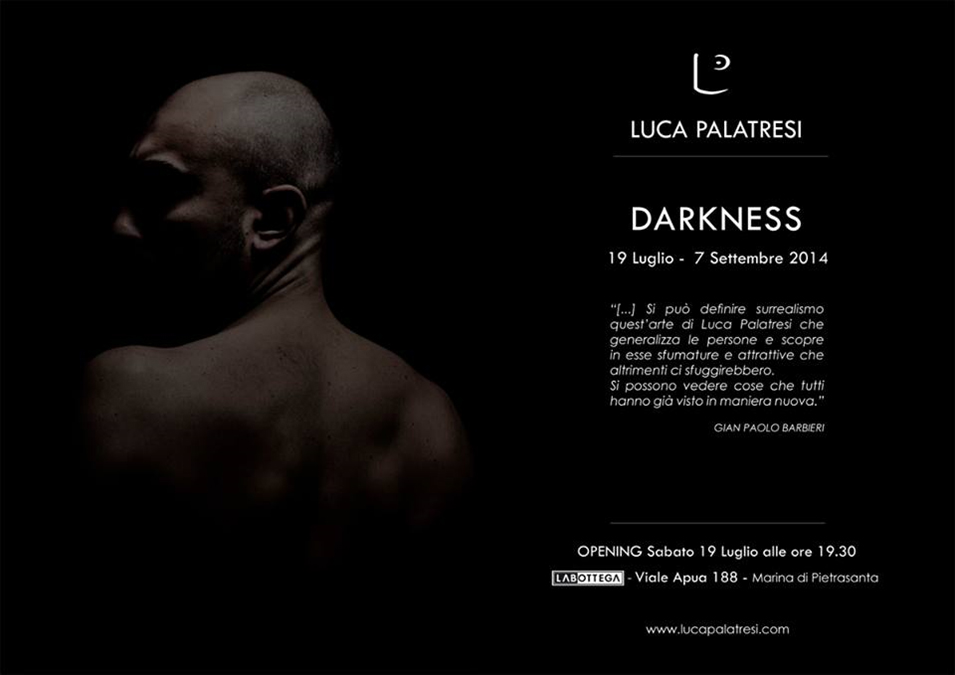 His very popular exhibition, “DARKNESS” by Luca Palatresi, curated by Serena Del Soldato has been selected for the edition Confini13 and will be displayed on tour in major Italian cities until September 2016.

In this exhibition, the Tuscan photographer demonstrates his ability to recognize and capture “darkness”. Studying the effect of light, Palatresi exposes how areas of shadow create immortalized facets and new characteristics in his subjects. In this way, the darkness seems to reveal the hidden identities of the protagonists, the hidden instincts and unexpressed dreams. 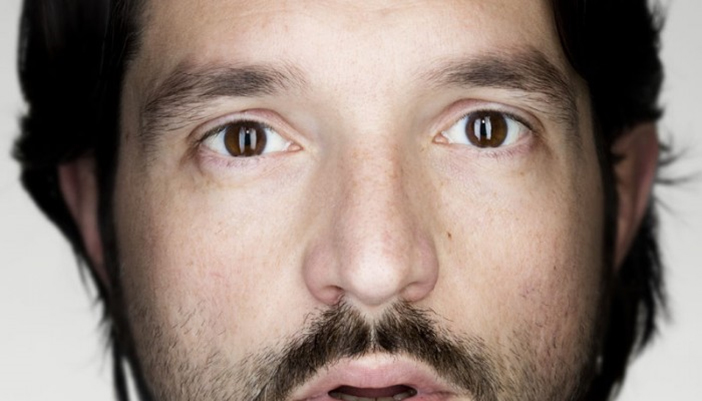 In 2008 Luca studied film directing and broadened his horizons to video: this led him to direct commercials for television and music videos. In 2010 he took part in the production of 6 American commercials for Unilever/ Bertolli titled “Into the Heart of Italy” with Oscar winner Marisa Tomei.

“Thanks to new devices”, Luca says, “video is more and more often used in communications. “

Quite often he works as director of photography for independent film productions.
He also teaches photography, digital photo editing and advertising at

In 2011 he founded TOUCH! – Academy of Advertising, a school dedicated to the trades of advertising 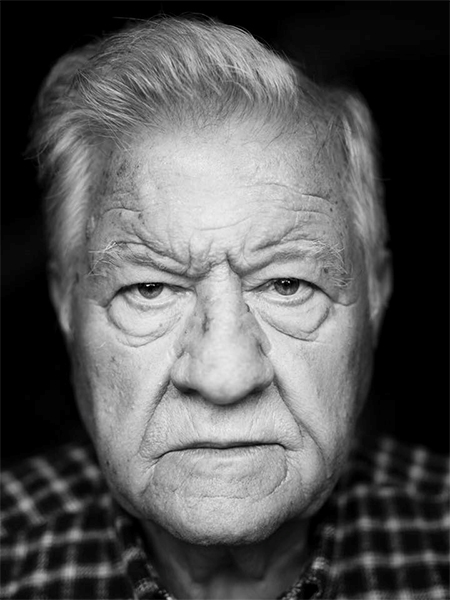 Luca’s dad…his “hero with an apron”

Luca shares some secrets behind the filming of the Rossi piece, The Italian Beauty.

“It was good, but a lot of hard work! In the hottest days of summer, we shot the stairway sequence and it was the hell… But everyone did a very good job, so in the end the result is what we expected.
It was Rossi’s first experience in doing an advertising video. I liked the enthusiasm of Mattia, and the faith he had on my work. I was able to express without limits, exactly what I wanted.”

And that doesn’t happen every day!
Something curious… well, the stairs we used with the paper, are usually forbidden to visitors, because it’s an ancient monument. We were crazy
(excited) to have the permission to shoot the sequence… until two minutes before we shot it, we were not sure we were really going to be able to do it…”

He lives in Tuscany and continues his unabated journey towards the “perfect picture”, and the quest of capturing every nuance of human beauty. 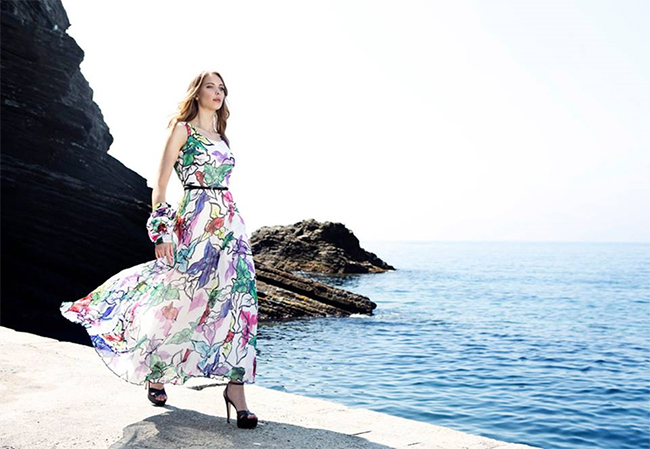 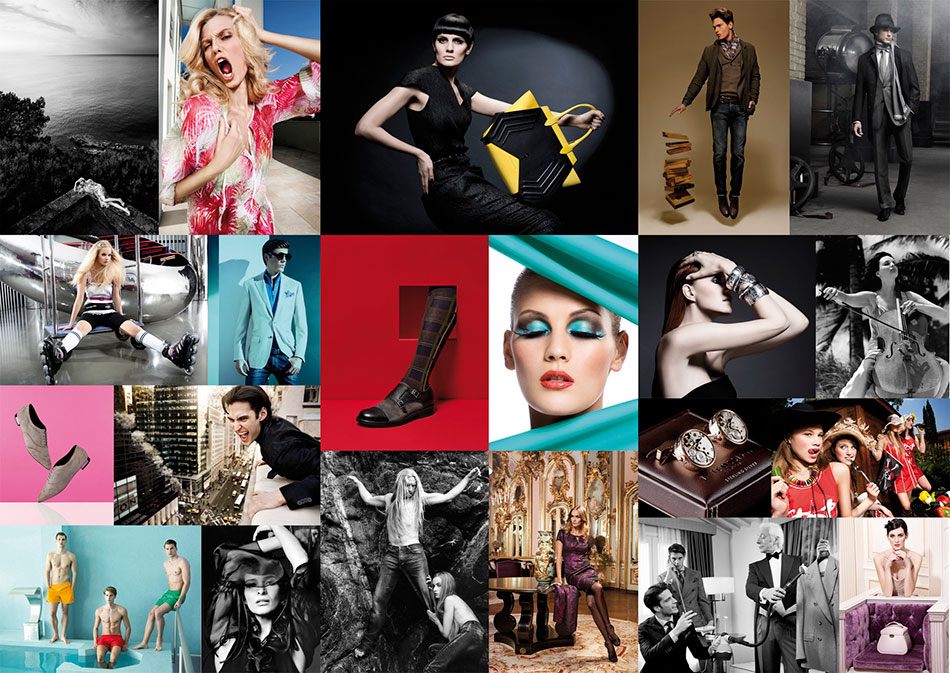 Luca Palatresi studio is a space for creativity and imagery research. What we do is creative pictures that support ideas, products or concepts. We look for the synthesis between beauty, emotion and efficacy. We work for fashion brands (men, women, and accessories), advertising agencies, magazines, cosmetics, jewelry, luxury brands and interior design.