What do Alton Brown, Dustin Hoffman, and Nora Ephron all have in common? They are all customers of Ted Kennedy Watson’s and his stores, Watson Kennedy.
Convivial, charming, and uber- talented, Ted is also a writer of bestselling design/décor books.

“I am often asked why I named my business the way I did. I started using my full name about 20 years ago when my Father passed away. Wanting to honor his amazing spirit, I named my businesses Watson Kennedy – his name, only backwards. The #1 lesson my Dad taught me was that your life’s work has to be something you LOVE. I feel incredibly fortunate that every day I am able to do just that.” 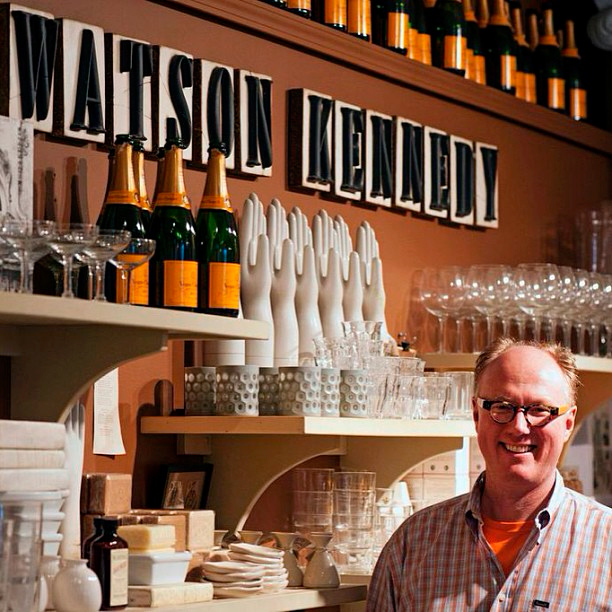 Destined to be a tennis pro, Ted moved to Seattle after college. A native of Chicago, he says, “wearing tennis whites everyday was not a bad way to make one’s living”, but by the time he turned 30 he was ready to do something different after hitting a tennis ball every day since the age of 9.

Being somewhat imaginative, as well as an extremely visual person, he loves things, and objects;

“They have a past; we are only their keepers until they move on to the next possessor.”

He has always surrounded himself with creative friends:

“I love the energy that creative people have, that their boundaries are wider, that possibilities are more possible.”

Ergo, he began his career in the visual arts by “representing some of the friends and people I knew who were creating interesting objects.” Ted opened a wholesale showroom. “It was a blast. I sold to retailers all over the country. Neiman Marcus, Barney’s, Gump’s, Saks Fifth Avenue, and Nordstrom to name a few.”
He decided to add retail to the wholesale side of Watson Kennedy and opened his first store, Watson Kennedy Fine Living in November 1998 on his 35th birthday. Located in the heart of Seattle’s amazing Pike Place Market. “I told friends that if the one spot in Seattle that I adored ever became vacant, it was mine. It did”. After signing the lease, his first retail shop was opened in just 23 days. “It was, and remains to this day, one of the coolest retail spots I have ever been to”…..with a view out the huge window of Puget Sound, to boot.
The store has become a Seattle fixture, a must shop for visitors and locals alike. No, you are not in the Left Bank in Paris, but it feels that way! A true pleasure for your senses it has a huge selection of products for bed, bath and body. You can sense Ted’s eye for detail in the wide assortment of International goods and antiques. Rossi1931 is in good company here.

“We sell the gorgeous wrapping paper the best”, say Ted. “We heart Rossi BIG time at Watson Kennedy!!
“My second shop opened a few years later and a year after that I sold the wholesale portion of my business. “
Watson Kennedy Fine Home opened in May of 2001 in Seattle’s Holyoke Building, a historic landmark. Ted’s idea for the shop was basically, “completing the rest of the house…. table-ware, gourmet food products as well as linens and things to make a home special.” 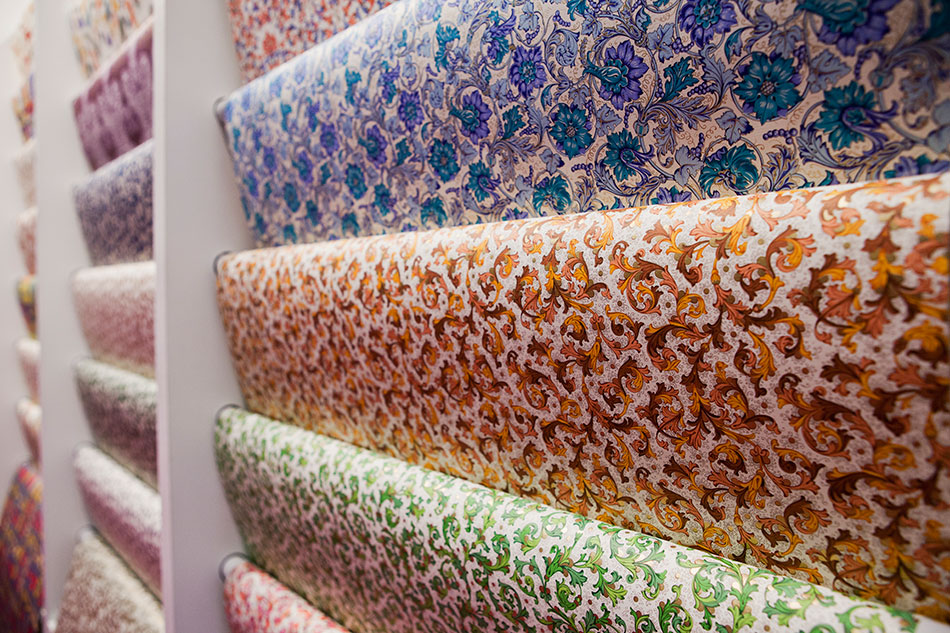 The bonus is that Ted has included one of a kind finds from his travels. In addition, at his largest shop, there are bath products, candles, jewelry and both vintage and new furniture.

See, smell, taste, feel, and hear…..his sense of design and display has always been centered on these; “My concept for interesting design, be it for interiors or the shops, has always been to incorporate the five senses – creating environments that are rich in experience, timeless, and downright stylish.” All of his hand-picked ( and very cool) products: Edith Piaf cd’s, Scottish Raspberry Soap, Maldon sea salt flakes, jonboy caramels , the Ottolenghi cookbook, rolled beeswax candles, French linens , Borotalco Italian Powder and hundreds more… painstakingly displayed by type, color, country of origin, or theme.
For those of us unlucky to be able to shop in Seattle, Watson Kennedy has a website where you can click or call for your favorite items. 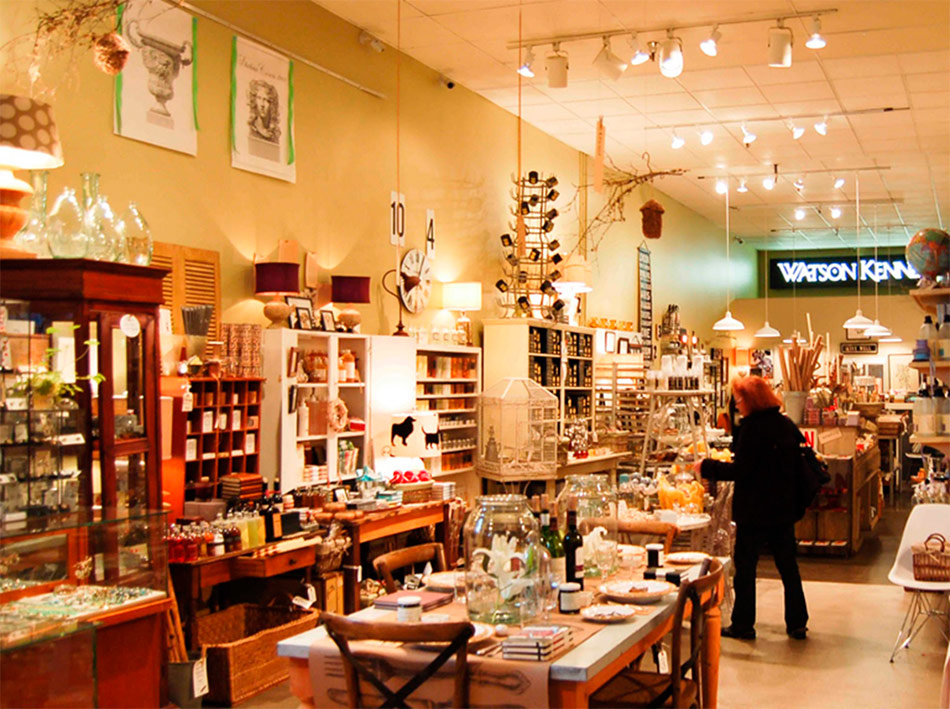 “At my core, I am a finder/shop keeper/curator. I get to create cool and inviting environments, sell amazing goods, and meet people from all over the world. The shops and this web site are really an extension of my homes and how I feel the good life can be lived. Design, gift giving, manners, style – all have great importance to me. We live in such a rushed world! I want to inspire people to light a candle, set a stunning dinner table, or hand write a note: time will slow down and we become more aware of our surroundings. “

In May of 2011 he began a daily blog, www.tedkennedywatson.com. “In it I write about things that inspire me. A table setting I set at home, a recipe I made that was tasty, a flower arrangement that made my heart sing–things that make me happy that I like to share with you to spread a little happiness.”
It is now read daily by people around the globe in over 40 countries.

Ted’s first book, Style & Simplicity was released In May of 2014. It became a best seller right away and went into a second printing a moth after its release. It was the #1 bestselling design/decorating book on Amazon for most of the summer.

“Book signings around the country have been such a fun way to meet folks who are fans of Watson Kennedy or read my daily blog. I am so lucky/fortunate/blessed to have just the coolest folks follow along.”

He wrote, styled and photographed the entirety of the book–highlighting his creative eye and attention to glorious detail. Ted is now working on his second book.

Book review from a reader:

Since I wandered into his amazing store Watson Kennedy in Seattle last January I have followed Ted on his blog and on Instagram. The man has an incredible sense of style and his ‘joie de vivre’ is infectious. The book perfectly captures the essence of his style which I interpret as gather things that you love and have meaning to you and use them to decorate your home.

Over the years, and with mentions in national magazines, the store has developed a following, including notables like The Barefoot Contessa, Ina Garten, to whom Watson sends packages of her favorite French tea (Mariage Freres’ Marco Polo).

He has had his homes, shops, and goods featured in House Beautiful, In Style, Allure, Country Living, Lucky and Domino magazines. 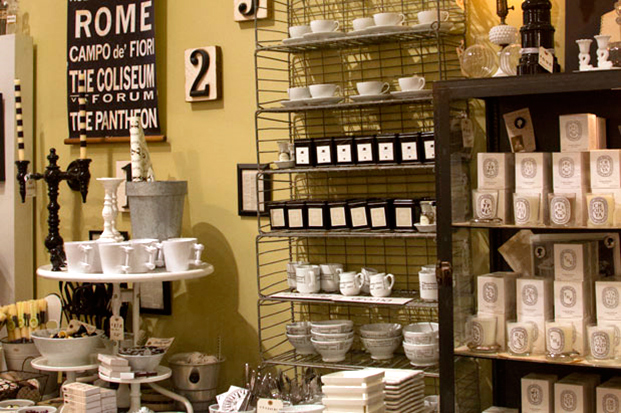 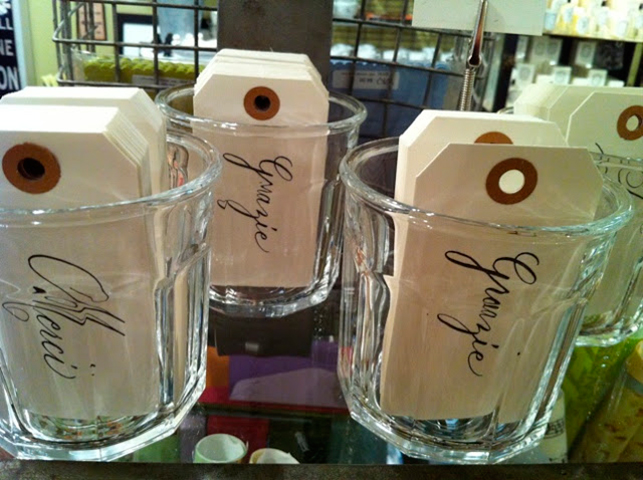 “As the proprietor of the Watson Kennedy shops – Ted understands how distinctive touches make a home.”
House Beautiful

“His passion for the art of display makes this Seattle original a browser’s heaven.”
The London Times

Visit Watson Kennedy while in Seattle at Pike Place Market or First and Spring.
Online at http://www.watsonkennedy.com
Phone: 800 991 9361
Blog: www.tedkennedywatson.com