Winner of the 2016 “Best Department Store in the World” by Intercontinental Group of Department Stores (IGDS), the most prestigious international association of department stores, la Rinascente marks its 100th Anniversary.

La Rinascente is an Italian retailer founded in Milan in 1917. It now consists of 11 department stores located in major Italian cities: two in Rome, one in Milan, Genoa, Turin, Florence, Palermo, Catania, Cagliari, Padova and Monza. It hosts a wide array of top-end brands representing the best of Made in Italy and the international scene.

La Rinascente introduced miniskirts and bikinis to Milan and played a key role in launching Italy’s ready-to-wear. 100 years have passed since that time when Gabriele d’Annunzio, at the request of Senatore Borletti, renamed the Bocconi department store la Rinascente… meaning rebirth in Italian. With the up-coming opening of the new sprawling flagship-store in Rome in September, (11 years in the making) the department store is celebrating its 100th anniversary in Milan with the exhibition “LR 100-Rinascente. Stories of Innovation” (1917-2017) at the Royal Palace. The exhibit officially opened in late May and will run until Sept. 24. This is an exhibit of art, graphic design, design objects and historic images which gives us a unique chance to admire a page of Milan’s history of clothing design, retail, marketing and cutting-edge. 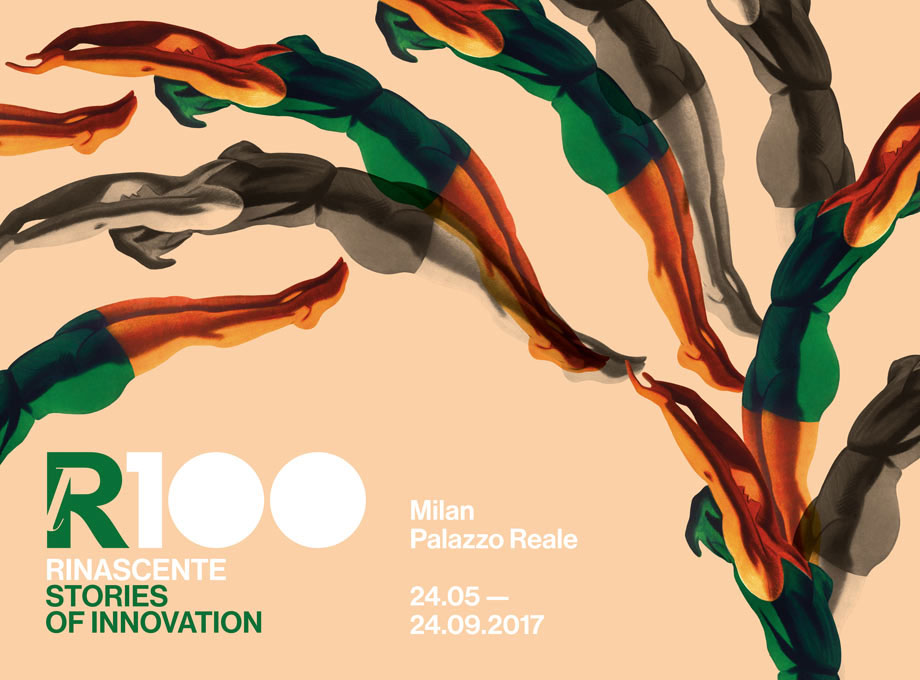 Several years have passed since we first posted our blog about la Rinascente. We thought we would honor their 100 year anniversary and our continued business relationship by updating it and re-posting it.

Italy’s best-known department store, la Rinascente is where Italian fashion superstar Giorgio Armani got his start as a window dresser in the early 1960’s. Its flagship department store- the most elegant and avant-garde store of the group- is in the heart of Milan, just a few steps away from the Duomo (cathedral). It is a popular spot for tourists visiting Italy’s fashion capital, with its designer labels such as Gucci, Valentino and Armani.

It wasn’t always like this; The Brothers Bocconi first opened a clothing shop named Aux Villes d’Italie next to Piazza del Duomo, Milan in 1877. Inspired by Le Bon Marché, the first modern and successful off –the- rack clothing store in Paris, the business grew very quickly. The business grew very quickly and within few years they opened stores in several more Italian cities. People were attracted by the then-new concept of exposing the clothes in plain sight and allowing customers to walk around the shop.

The brothers, however, failed to support this growth with an organized strategy, so the success was relatively short-lived. The onset of World War I worsened the decline and by 1917 the chain of stores was about to go out of business.

The Bocconi brothers sold to entrepreneur Senatore Borletti, who wanted to relaunch the business. He hired poet Gabriele D’Annunzio, (arguably the most influential figure in Italian culture at the time) to create a new public image for the store. The poet suggested naming the store, la Rinascente, (meaning “born again”) as the new name to symbolize the rebirth of the store but also to signify the rebirth of Italy at the end of a war which was causing widespread poverty.

La Rinascente grew, opening many stores in Italy and increasing its many offerings: a bank, a post office, a salon and a tea room with a private orchestra. Business thrived. It has been sold many times since 1917, including to the Fiat Group, who increased the offerings even further.

In 2005 Department store make-over mogul, Vittorio Radice, worked his magic on la Rinascente , having returned home to his native Italy, after transforming both legendary Marks and Spencer, as well as Selfridges, in England. Now, this eight floor colossus has a contemporary, yet refined ambiance. Carrying the most prestigious brands and working with emerging talents allow shoppers to find both timeless classics and the latest high end fashion trends.

In addition to the fashion departments, are domains for lingerie, beauty, accessories and the Food Hall with its international cuisine, a food market and breathtaking views….you can sip an espresso while admiring the gargoyles on the Duomo’s roof. 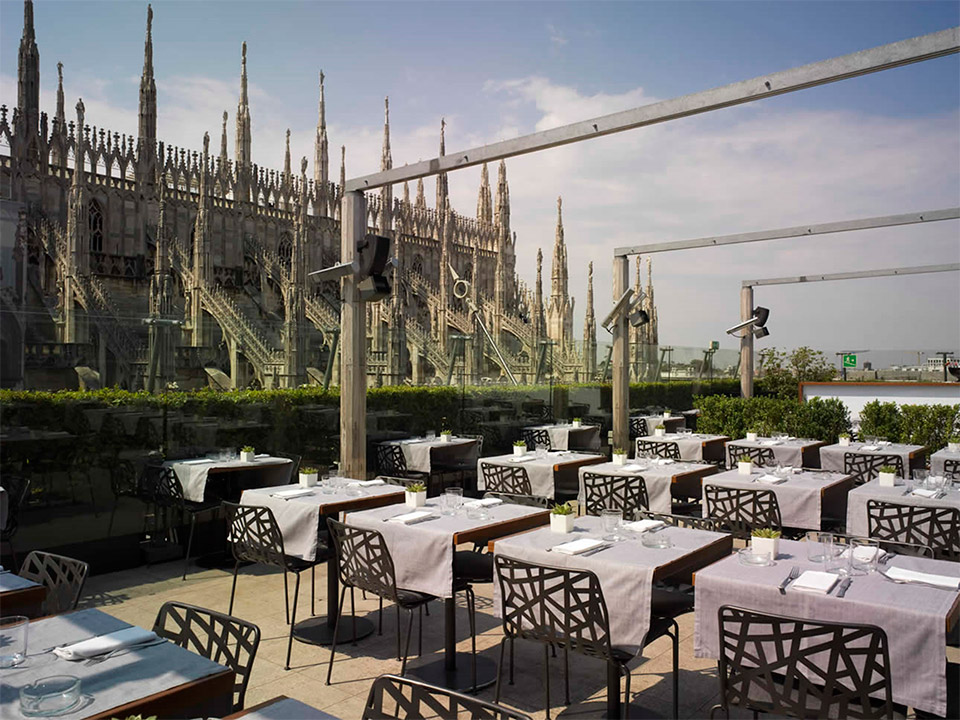 One of the hottest departments is the Design Supermarket, a floor entirely dedicated to home furnishings. The first in the chain, Design Supermarket opened in 2009 on the lower level of the Milan store. The Supermarket, a sprawling collection of designer goods ranging from paperclips to select pieces of home-ware, lighting and luggage. The Design Supermarket has an international flair and is continuously evolving: it is home to the trends and the best of creativity and innovation. Directly linked to the nearby Duomo metro station, the space houses a wide range of products from electronics to lighting, technological gadgets to office accessories and stationery, kitchen and tableware to small pieces of furniture. 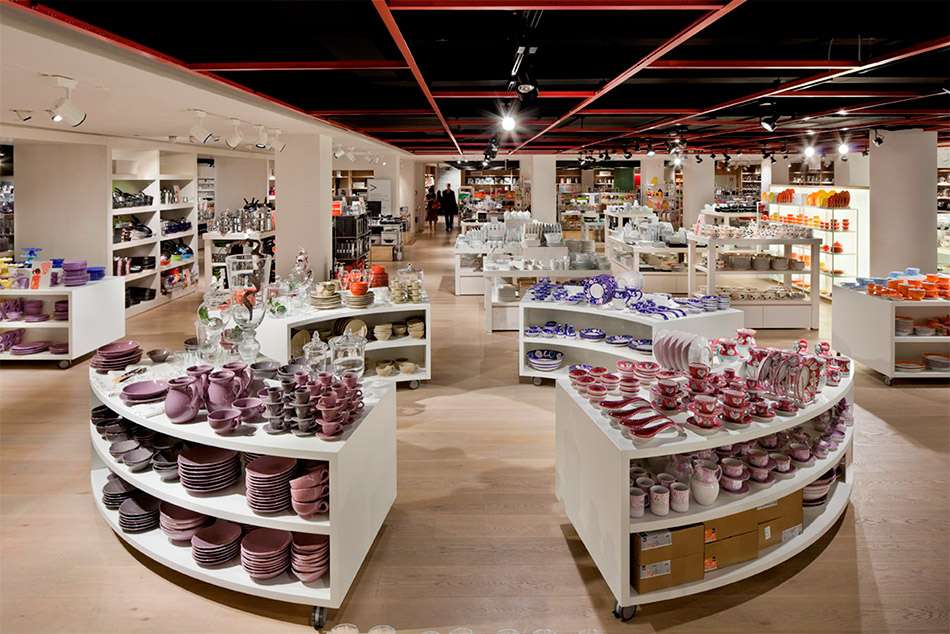 The business relationship between la Rinascente and Rossi1931 goes back many years. They carry a big selection of the collection, from decorative paper to stationery, notebooks, and notepads.

All the stores now carry the Rossi1931 brand, but there are 3 stores in the chain that carry Rossi in the Design Supermarket section; the first and most beautiful department is the Rinascente in Florence at piazza Della Republica.  The next one is Cagliari, on the island of Sardinia and the largest and most prestigious, is Milan. Not only is this the flagship store, but certainly it’s the designer and fashion capital of Italy and a destination for foreign buyers. Making for great international visibility, 2 summers ago, Rossi1931 had a special display at EXPO2015 in Milan, chosen by la Rinascente and handled by a dedicated marketing person.