Charlotte Burton has paper in her genes: her grandmother owned Sydney’s The Paperplace, which was featured in our recent blog. Now run by her mom, The Paperplace is one of Australia’s preeminent stationery stores. Her dad is the founder of The Paperie, a fine- paper importer and distributor for all of Australia and New Zealand and Rossi1931’s chosen partner.

Charlotte works “casually” (her words) at both. Last year she created a paper dress to be used as an advertising display for the store window and incorporated many of the paper products they stock, including Rossi1931 letterpress papers as the main component. The panels were each hand sewn.

“The dress was for a school project of a subject called Design and Technology. It was my final major work (final design/big project) that I needed to present at the end of the school year to get marked and counted towards about 50% of my final mark for that subject and included a 40 page portfolio. In design and technology we are encouraged to make whatever final project we like with whatever medium/materials/artistry we worked best in, whether that be textiles, metal work, wood work or multimedia. I decided I was best with paper and textiles, so when I was trying to think of an idea and I was online, I saw projects people had made in the past like a wedding dress made out of divorce papers or a red dress made out of healthcare documents for the heart foundation. I realized I had both of my parents companies filled with beautiful paper to make my own original piece. The project guidelines stated that each student had to have a “genuine need“ to fill, so I decided that my need would be to create advertising interest for both companies. I used all the paper products that we sell to create it, and creating a project that helped the family business was also inspiration.” 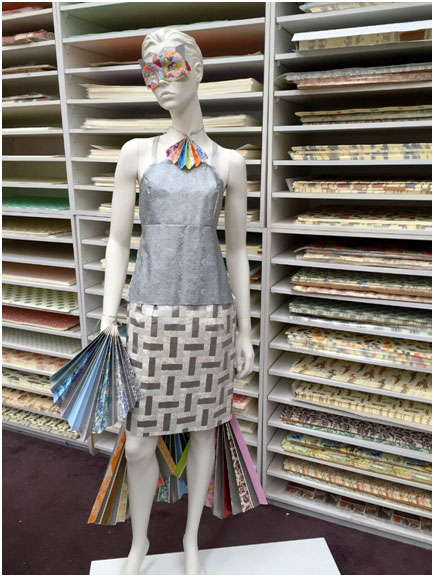 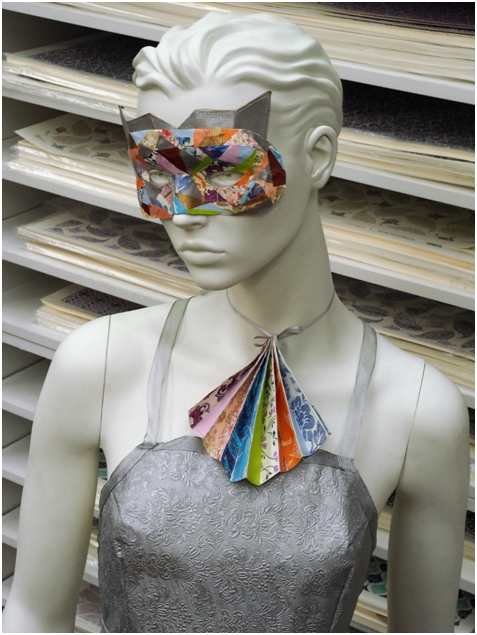 Her work received a High Distinction and was nominated to appear in the Powerhouse museum collection for best works.

“I wish I could wear the dress but it was fitted to the 6 foot tall mannequin! It looks like a sack on me, though it is wearable (I tried it on!)”

“It unfortunately wasn’t in the store for very long but at the Trade Fair, where my dad displayed it at his stand.”

We heard people raved about its uniqueness and the creative vision behind it. Bravo, Charlotte.