Leonardo da Vinci is now considered by most a mystery and an enigma, with Dan Browns novels, The Inferno and daVinci Code giving credence to this. Hence, The Battle of Anghiari plays into his image very well, as this work of art remains equally as puzzling as it is intriguing. 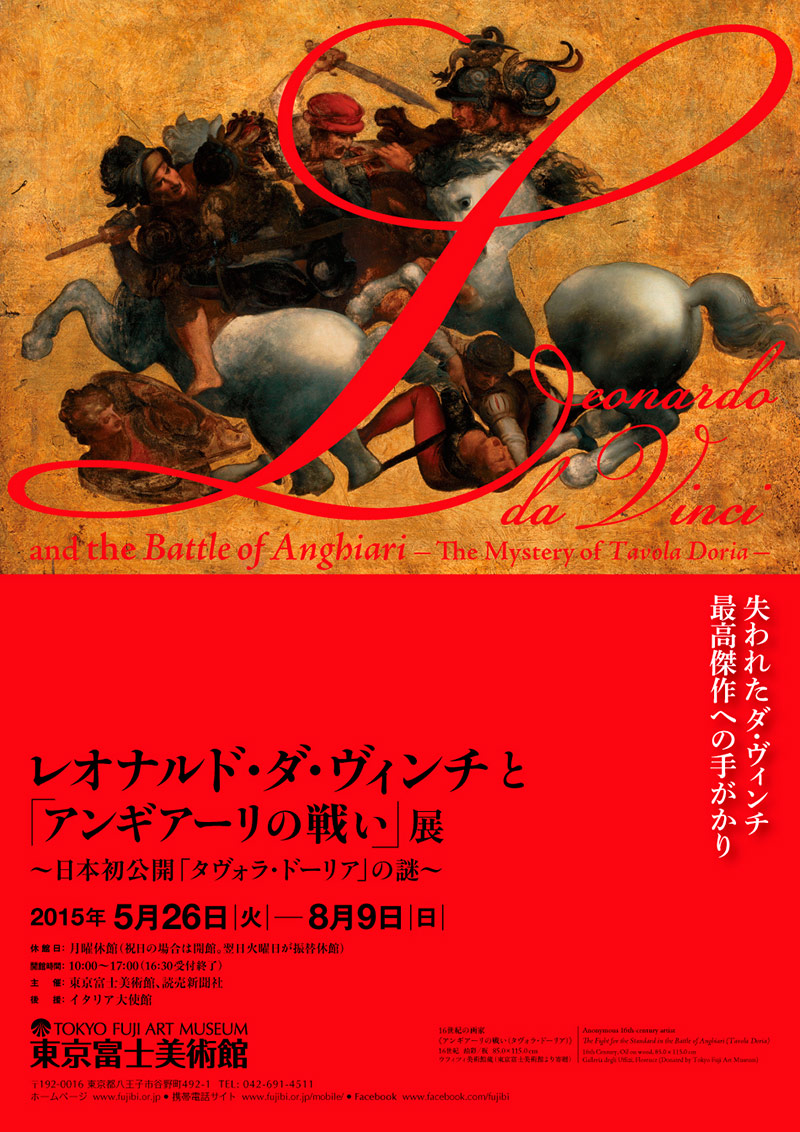 One of the largest mural projects he ever undertook, (it is ranked among the most ambitious works in the history of Italian Renaissance art), the Battle of Anghiari is also one of the world’s most controversial and mysterious masterpieces. Leonardo da Vinci began painting it on a wall in Florence’s Palazzo Vecchio in 1503, leaving it unfinished due to an unusual, and unfortunate technique in mixing oil paint and fresco.

The painting disappeared after restorations were done on the Palazzo Vecchio. In 1563, Vasari painted over one of the Palazzo’s new walls with one of his frescoes, and some art historians believe the daVinci fresco is still hidden beneath.

The central scene of daVinci’s painting depicts four men riding raging horses engaged in a battle for possession of a standard during the mid-15th century war. 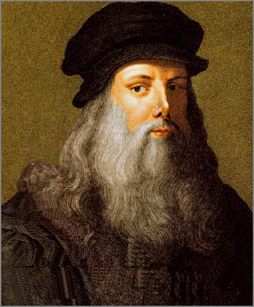 There were several copies painted of this segment of the original fresco. One of these is La Tavola Doria, an anonymous painting dating to the sixteenth century and enticingly attributed by some, to the master himself.
This work mysteriously disappeared from Italy and entered into a succession of private collections. It took on the name La Tavola Doria from the noble family who bought it and kept it until 1940. Seventy years after its original disappearance from Italy it was found in a vault of a Geneva bank, having been kept there on behalf of the Fuji Museum in Tokyo. The Japanese museum had bought the work in good faith, from the Japanese antiquarian market in 1992. The museum returned the painting to Italy after officials there demanded its restitution, claiming that it had been illegally exported at the start of World War II. The painting now belongs to the Uffizi Gallery Museum in Florence.
The Uffizi and the Italian cultural ministry have agreed to offer the painting for exhibition to the Japanese museum for four years on a rotating basis. So, for the first time ever in Japan, this mysterious painting will hang in the Tokyo Fuji Museum of Art.
The special exhibition, titled “Leonardo da Vinci and ‘The Battle of Anghiari,’ ”
will run from May 26 through Aug. 9 and will feature around 60 items, including the painting. 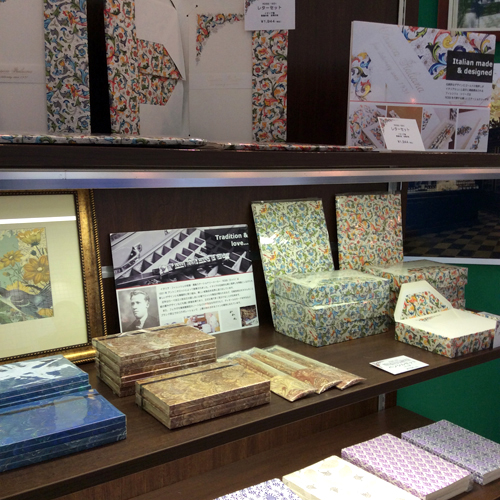 We are proud to announce that a wide selection of Rossi products will be for sale at the exhibition.
“The Battle of Anghiari remains shrouded in mystery, and I feel like people today are being given the difficult task by the painting to figure out the riddle,” Akira Gokita, the director of the Fuji Art Museum, said: “The return (of the painting) allows for further research to be undertaken and for the work to be shown to the public, in hopes people will be able to touch the inner world of da Vinci, who embodied the Renaissance, through our exhibition,” Gokita said.

For more information on the exhibit go to:
http://www.fujibi.or.jp/en/exhibitions/now-showing.html