“As we express our gratitude, we must never forget that the highest appreciation is not to utter words, but to live by them.” 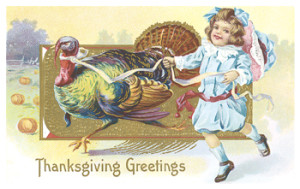 Thanksgiving is America’s most celebrated tradition. It falls every year on the fourth Thursday in the month of November. Its origin can be traced back to the 16th century when the first thanksgiving dinner is said to have taken place.

In 1609, a group of Puritans fleeing religious persecution in England moved to Holland. They ­lived in Holland for a number of years until, in 1620, a group of English investors — the Merchant Adventurers — financed a trip for more than 100 passengers to the New World. On Sept. 6, 1620, 102 passengers set sail on a ship called the Mayflower, a 17th century sailing vessel leaving from England. The pilgrims reached Plymouth Rock on December 11th 1620, after a sea journey of 66 days. Many did not make the final landing in Plymouth (Massachusetts), succumbing to the extreme cold. Still many others perished from that first cold winter in Plymouth without much food.

In the spring of 1621, native Indians taught the pilgrims to survive by growing food. With their help, the Pilgrims were able to survive in the New World. They were taught how to get sap out of the maple trees, how to avoid plants that were poisonous and how to plant corn, beans and pumpkins. In the autumn of 1621, Plymouth Colony’s first governor, William Bradford, decided to throw a celebratory feast and invited the colony’s American Indian neighbors to take part. The American Indians brought food as well, and the celebration is said to have lasted for three days. The grand feast was organized to thank God for his favors. This communal dinner is popularly known as the “first thanksgiving”. It’s uncl­ear whether the Pilgrims themselves called that first feast a thanksgiving celebration, but they were certainly celebrating the abundance of food and the peace with their American Indian neighbors. There is however, no evidence to prove if the dinner actually took place; some historians believe pilgrims were quite religious in which case, their thanksgiving would have included a day of fasting and praying. Other historians say that the dinner did indeed take place.

It wasn’t until several years later, after enduring a month’s long drought, that Thanksgiving was celebrated in earnest. In response to the hot, dry summer months, the governor called for a fast. Soon afterward, rain revived the shriveled crops, and the Puritans celebrated.

The custom of marking good fortune with a day of gratitude quickly caught on throughout New England. In the early days of the United States, the new nation’s leaders began proclaiming country-wide thanksgiving celebrations. In the American Revolution, for example, the Continental Congress called for a day of thanksgiving to mark the U.S. victory at the Battle of Saratoga. Then in 1789, President George Washington called for a day of thanksgiving in recognition of the U.S. Constitution’s ratification.

Although its origins are traced back to that first thanksgiving in 1621, a number of other countries celebrate harvest related festivals. They are observed with different names and in different seasons. Harvest related festivals, all the over the world are characterized with fun and merrymaking, for the most part, celebrating communal harmony. Each region has its unique customs and traditions to jubilate the occasion.

Canada celebrates thanksgiving on the second Monday in the month of October .The first Canadian thanksgiving was celebrated on 15th April 1872 to thank the recovery of King Edward VII from serious illness. The next thanksgiving was celebrated after a few years in 1879 on a Thursday.
Canada later, had a turbulent time deciding the day of national Thanksgiving. It fluctuated between Mondays some years and Thursday in others. Finally, on January 31, 1957, Parliament announced the second Monday in the month of October as the official ‘Thanksgiving Day’. It was declared as “a day of general Thanksgiving to Almighty God for the bountiful harvest with which Canada has been blessed.” The thanksgiving celebrations include parades, customary ‘family feast’ and ‘turkey’. It is a time for sharing, loving and family reunions. The central idea behind the celebration is to be thankful for the past harvest and praying for the coming year.

India also has a number of harvest related festivals in different regions. Though the underlying principle behind each of them is same, every festival is exclusive and different from the other.

Other Asian countries such as China, Malaysia, and Korea celebrate the festival on different dates. Each festival has a folklore attached to it. Harmony, peace, and feeling gratitude is the underlying theme of each celebration.
Many view the first Thanksgiving as an example of the possibility of great respect and cooperation between two different cultures. 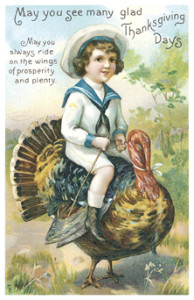 On that note, we here at Rossi1931 are extremely grateful that you take the time to read our blog and we extend a gracious thank you for your support. We couldn’t do what we do without you, your loyalty and your passion for paper.

“A thankful heart is not only the greatest virtue, but the parent of all other virtues”~Cicero