Even in the year when the focus will be on ‘Expo in Milan’, Florence will emerge with the strength of art and beauty that will help make 2015 a year of exceptional wonder for Italy. 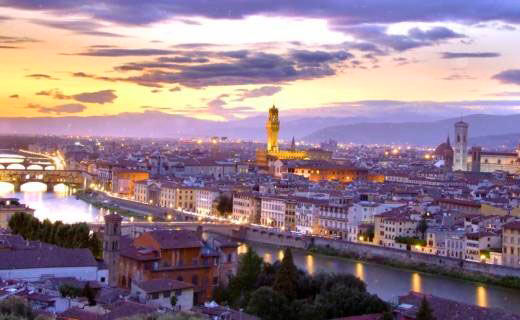 Expo 2015 — has begun. Slated from May 1 to October 2015 in Milan —all the feverish preparations are complete. A section of Milan covering over a million square meters is dedicated to the Expo, which expects 15 million visitors and involves 130 countries. Florence, too has geared up for Florence Expo 2015, which includes many activities and events to promote Florence, its area and its history. Florence is the perfect union of past and future, the cradle of the Renaissance and now its hundreds of years of history meets innovation and progression. Florence will be the door to Milan this summer.

To let the world know about the regions excellence, (as if some of us don’t already know), a three- dimensional dome ( the I-Dome inspired by Brunelleschi’s Dome), a temporary mall, events and ventures with the aim to attract one million-plus visitors to the city and surrounds are currently on display in the heart of Florence. This is the creation of “Work ‘n Florence International Project, in conjunction with Expo 2015, Milan.
In the city center of Florence, in a space charged with cultural significance, the Casa delle Eccellenze or House of Excellence, is a temporary mall showcasing the creativity and entrepreneurial spirit of Tuscany in the fields of fashion, crafts, food, wine, home goods, construction, architecture and technology. Supported by a program of workshops and seminars, the companies display on a two-week rotating basis at the Piazza San Firenze complex, “Sala Della Musica”. This was once the old courthouse. Utilizing such a marvelous space as is the former Florence Courthouse, which is one of the rare examples of Baroque architecture in the center of Florence, this temporary mall is another of the projects which show how Expo 2015 can be enjoyed in Florence, as much as in Milan. 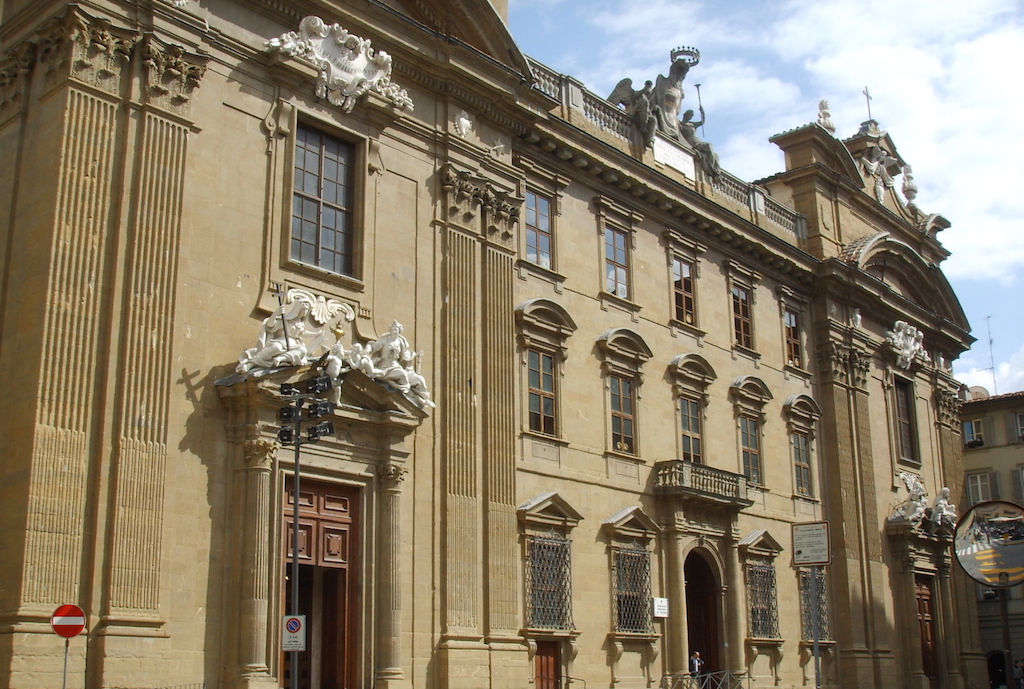 During the inaugural ceremonies, the Opus Ballet Company of Florence, performed a passage from Swan Lake and the courthouse was transformed; imagine the holding dock that once isolated the accused awaiting trial from the courtroom, covered with feathers for an exhibit by the European Institute of Design, while a jazz ensemble plays.
The exhibition schedule at the temporary mall follows a theme and will rotate twice a month. Included in the premiere companies, which just finished the first two- week promotion, was Rossi1931, along with companies showcasing metalworking, fashion accessories, artistic crafts, interiors, gems and gold jewelry. Casa delle Eccellenze is open to the public, free of charge from May 1 through October 31, 2015. 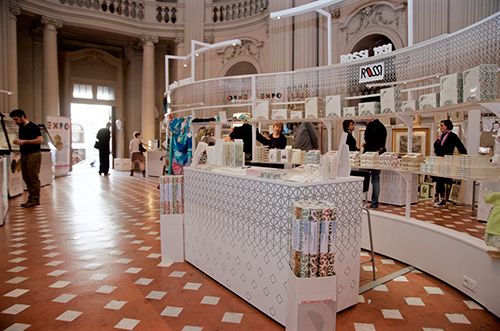 In our store there was a wide assortment of Rossi products at a promotional price. 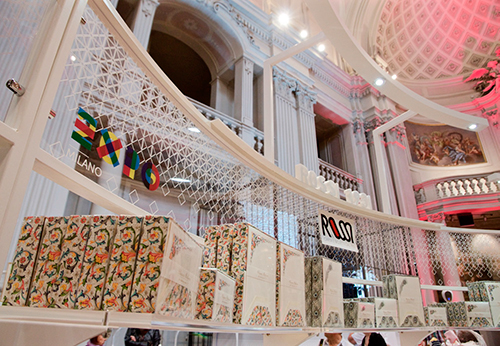 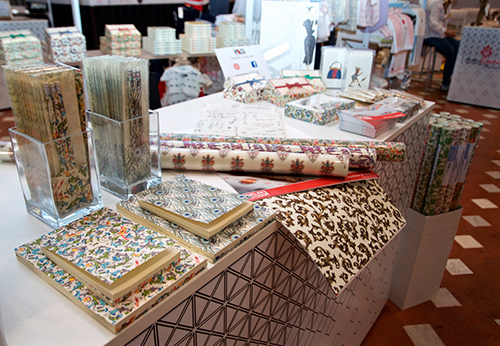