A versatile and talented artist of extraordinary technical skill, Patrizia Margheri, has been able to communicate through her many works, her love for art, for tradition and beauty. 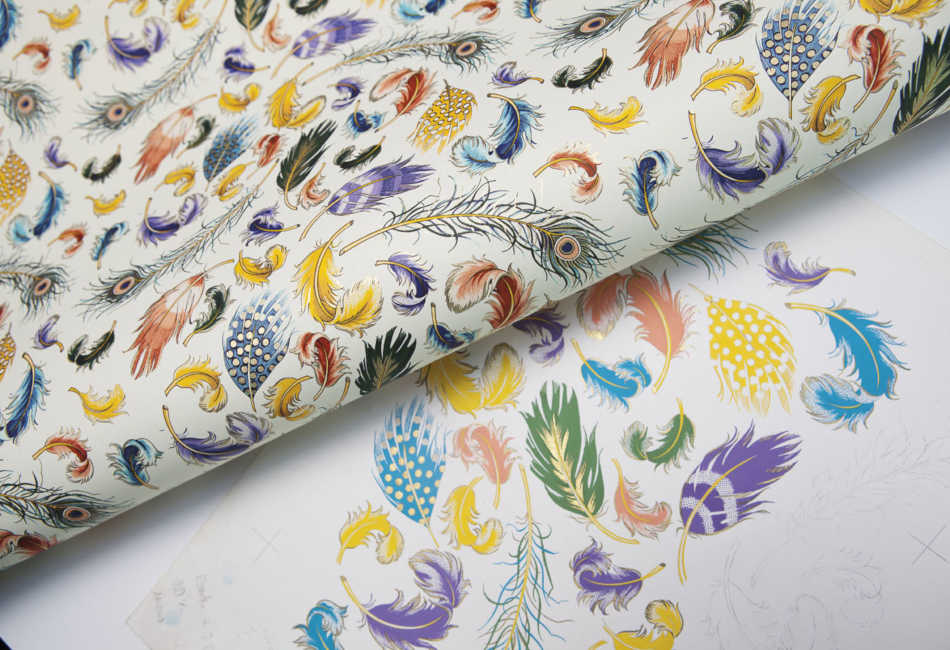 All about her life and studies

Patrizia Margheri was born August 24, 1943 in Borgo San Lorenzo (Florence) to a wealthy family of landowners. After obtaining a Diploma of Artistic Maturity in Florence, she enrolled in The School of Painting at the Accademia di Belle Arti di Firenze ( Academy of Fine Arts) founded in 1563 by  Cosimo I de’ Medici .

She took her work and studies seriously while there, having interest for many subjects and period styles including, and particularly, Art Nouveau (both Italian and International). This was her favorite style to study and create, and she worked tirelessly in graphically and chromatically replicating it in many paintings. During breaks at school, she travelled extensively to deepen her knowledge about the various subjects of her interest.

She began studying with Maestro Arrigo Dreoni who was known for his numerous frescoes (between 1934 and 1938) in public places and different municipalities of Tuscany…including the panels of the Novella Train Station in Florence. Later she considered him, above everyone else, her mentor.

Patrizia was forever influenced by the distinctive art style of Maestro Dreoni, and especially of the form that is typical of timeless Tuscan art, wall paintings and frescoes. From that moment on, her painting style of choice was oil on canvas. 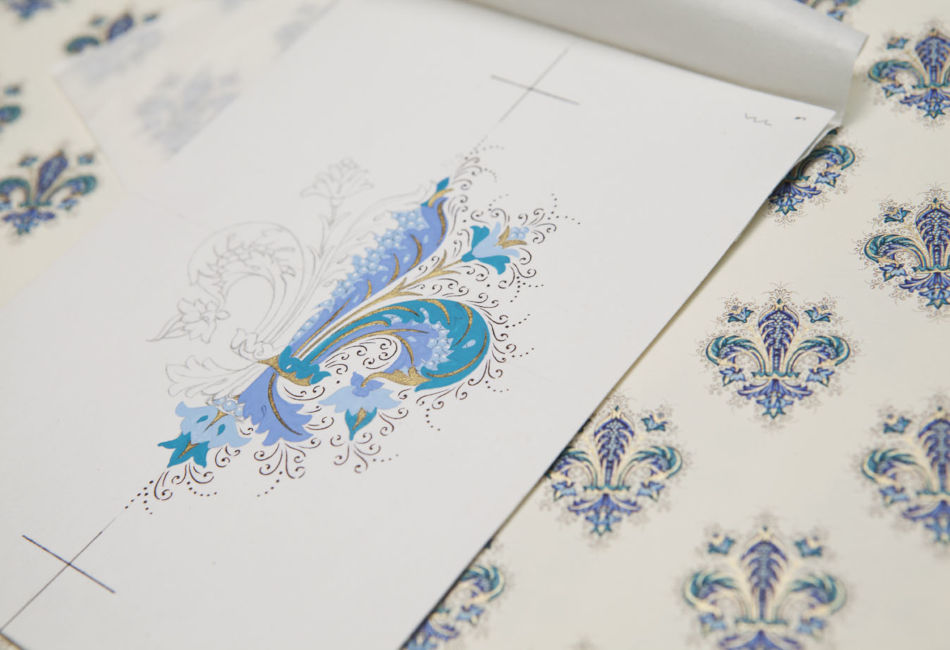 Among the professors of the Academy were mentionable artists, Onofrio Martinelli, Gastone Breddo, Primo Conti and Antonio Berti. In those same years, Patrizia Margheri became a trusted assistant to Professor Sirio Pastorini, a well-known architect and a close associate of Giovanni Michelucci.  He was considered one of the most important Italian architects and urban designers of his time and was instrumental in the construction of the Santa Maria Novella station in Florence.

Before graduating with honors from the Academy of Fine Arts, she studied in Paris where she took part in various programs in painting, sculpture and architecture.
In Montmartre‘s neighborhood, also called “La Terre Libre des Artistes”, Patrizia had many contacts with international artists of her time.

After obtaining the qualifications for teaching and also winning a competition from the Ministry of Education, she obtained a professorship in Drawing and History of Art, working for many years in various high schools throughout Tuscany.

Despite her passion and commitment to teaching, Patrizia never stopped painting. She most often could be found in the intimacy of her private studio, as that was her preference to painting “En plein air” (painting outdoors in natural light). In fact, for many years, she focused almost solely on the representation of still life and nude forms.

In the early ’70s, she exhibited works in many Italian cities: Florence, Montecatini, Viareggio, Ravenna, and Milan, also in France, at Cannes. Her works and personal style had (and still have) wide appeal…both in admiring and collecting. 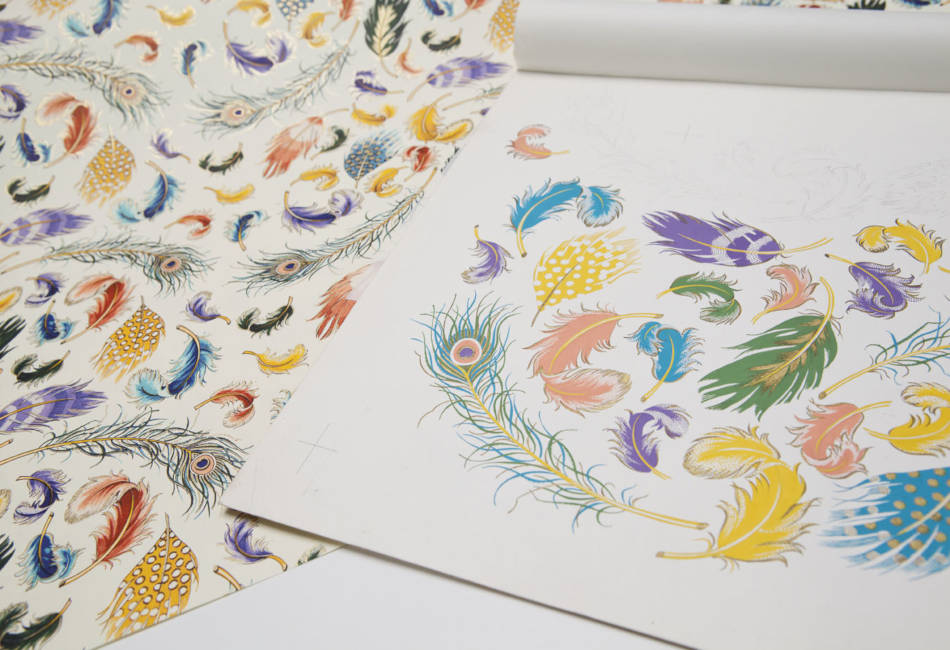 The fortunate collaboration with Rossi1931

In the 80s, Patrizia decided to take a different approach with her painting and radically changed her artistic style. A scholar of Art History, she developed a passion for illuminated manuscripts of the Renaissance era, concentrating her attentions and studies on the floral illustrations that adorn them. This began a new pursuit that took her to museums, churches and monasteries. This new artisitic vein allowed expression of magnificent multicolored decorations in a sort of graphic reinterpretaion of the ancient illuminated manuscripts.

During this time, she left teaching and began an exclusive collaboration with Rossi 1931, first as an external consultant, then as Creative Director.

There are numerous works in her collection where the gold color, an essential constant in Florentine style, prevails and triumphs in her illustrations. Flowers, fruits, vines and cherubs are also part of the true essence of this style and have been redefined in a more modern tempo.

Most of these illustrations were published by Rossi 1931 who (under the careful direction of the artist) created a wide range of paper products such as decorative paper, writing paper and social items of various kinds. These products, distributed on the market, had immediate success both nationally and internationally.

The paper industry in general recognized the merit of her artistry in having skillfully reinterpreted the Renaissance manuscripts. And many articles in the press were written touting Patrizia’s skill.

Patrizia was also a follower of another Borgo San Lorenzo artist, a much more famous fellow citizen, the painter, decorator, graphic artist and ceramist Galileo Chini. One of the most important protagonists of the Liberty style in Italy, Chini was a big influence on her and she enjoyed studying and painting in the Liberty style as well.

In later years, the artist’s attention shifted towards Middle Eastern art, in both painting and ceramic art. Arabesque became a new source of inspiration for Patrizia.  Arabesque is an artistic form of decoration with rhythmic linear patterns in a scrolling design, (borrowed from calligraphy) often with interlacing foliage or vines and accompanied by the shapes of birds or animals. Arabesque was an essential part of the decorative tradition of Islamic cultures. First from Egypt or Mesopotamia and later from the classical culture of the Mediterranean. 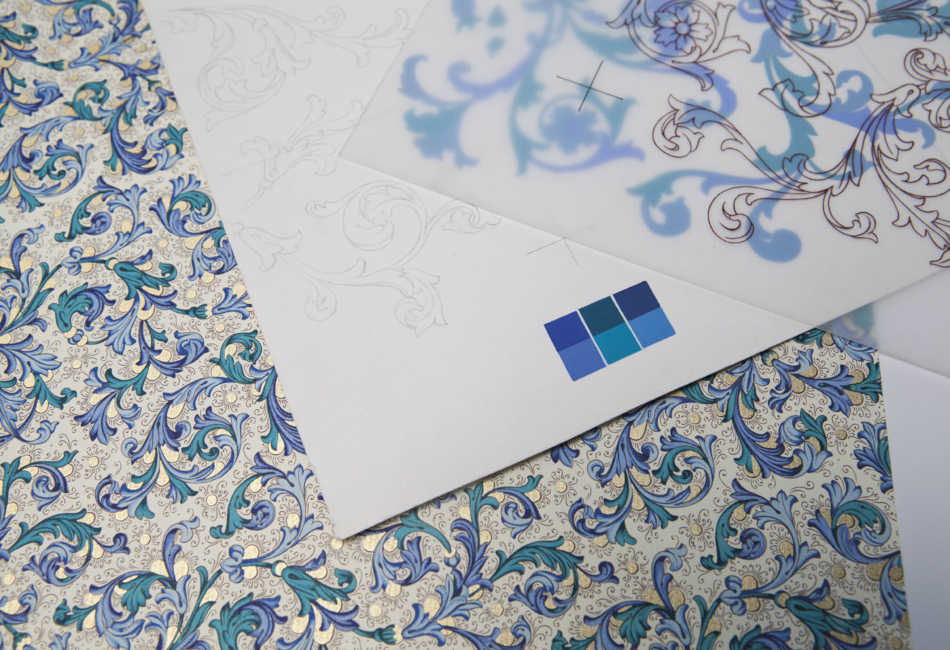 Patrizia combined many aspects of Arabian/Arabesque style into her works of Florentine style. The two styles had many similarities so it was all symbiotically successful and lead to many new works.

There are hundreds of illustrated works, in various styles, made over the years by Patrizia Margheri, some of which are still unpublished, strictly cataloged and preserved by the artist; some in the Rossi 1931 company archives and at the SIAE (Italian Society of Authors and Publishers) of Rome.

The versatile nature of Patricia’s designs has aroused great interest and appeal in the fashion sector as well. Some important international fashion houses have found a new source of inspiration from which to draw creative designs… both classic in character and also cutting-edge.

The creative designers of these various fashion “maisons” together with Patrizia Margheri, enjoy playing with colors, fabrics and applications, but always leave the beautiful designs virtually untouched as the leitmotiv (theme) of their fashion collections.

Patrizia Margheri is a versatile and talented artist with extraordinary technical skills who has been able to convey over the years, through her countless works, her love for art, tradition and, more generally, for beauty.