“You said to me… that if ever you inherited any money that it was yours to dispose of, you would have a house… filled with beautiful pictures and objects of art, for people to come and enjoy. And you have carried out the dream of your youth. “ 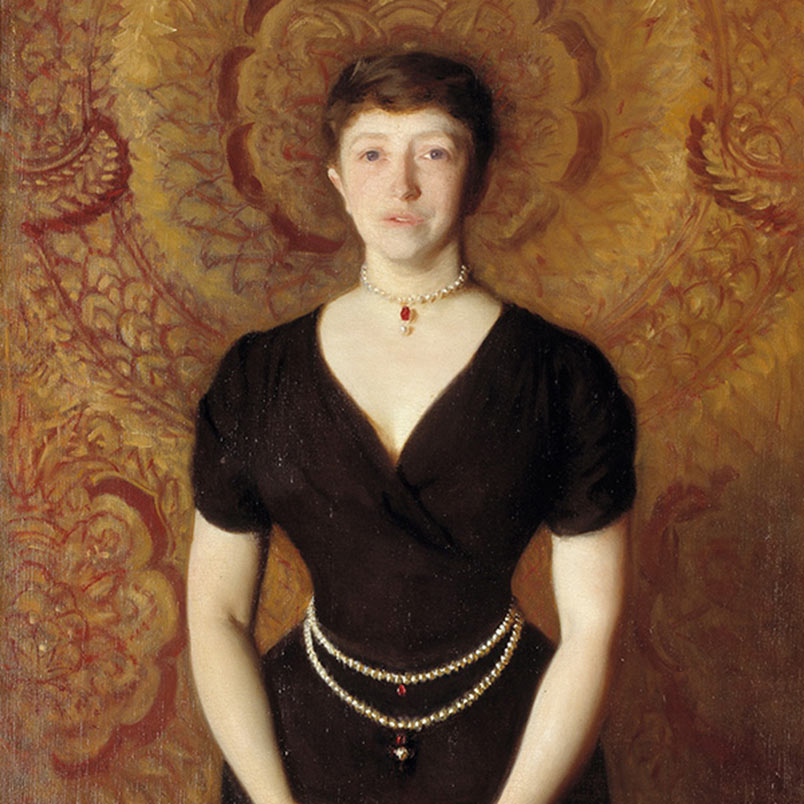 Isabella Stewart Gardner (1840-1924) was an extraordinary connoisseur who stood at the center of Boston’s cultural life in the late nineteenth and early twentieth century. She was a patron and friend to several important artists, including John Singer Sargent (whose famed portrait of Mrs. Gardner is above). She was an important collector of art, early printing, and illuminated manuscripts. (From ISGM)

Isabella Stewart was born in New York in 1840, the daughter of David Stewart, whose wealth was derived from Irish linen and mining investments. At the age of 20, she married John Gardner and soon after, they moved to Boston. Their passions were traveling and enjoying art. They particularly loved and were inspired by Venice, where she and Jack would often stay at the Palazzo Barbaro on the Grand Canal.
When Isabella’s father died, he left her quite wealthy and what she desired to do with this money was collect art. She is quoted as saying’, “Years ago I decided that the greatest need in our country was art… We were a very young country and had very few opportunities of seeing beautiful things, works of art… So, I determined to make it my life’s work if I could.”

She acquired, in the following years, about 2,500 pieces. In 1896, Isabella and her husband made plans to create a museum to display her impressive collection of (mostly) Italian art.
Hence, in the summer of 1897, Isabella and Jack traveled through Venice, Florence, and Rome to gather architectural fragments for their eventual gallery. They purchased columns, windows, and doorways to adorn every floor, as well as reliefs, balustrades, capitals, and statuary from the Roman, Byzantine, Gothic, and Renaissance periods.

The following year, in the midst of all these grand plans, John Gardner died of a heart attack. Six weeks later Isabella bought a plot of land in Boston and hired an architect to begin building the museum, which was fashioned after the Palazzo Barbaro in Venice, a place Isabella truly loved.
In 1902, Isabella moved in to the fourth floor, made it her living quarters and began personally arranging and installing her collection of paintings, sculptures, tapestries, furniture, manuscripts, rare books, and decorative arts. She continued to acquire works and change the installations for the rest of her life. The museum opened January 1, 1903 and has been standing in her name ever since.
Isabella died in 1924, but left the museum “for the education and enjoyment of the public forever.”
Her only request was for each of the galleries to remain exactly as she installed them.

“It’s truly a place of magnificent wonder. Each room is so different… It’s always very artistically inspiring,” says a patron.

The Isabella Stewart Gardner Museum in Boston is renowned for its collection of European paintings, including masterpieces by Titian, Botticelli, and Rembrandt, beautifully displayed with furniture, textiles and sculpture in a Venetian palace style building. 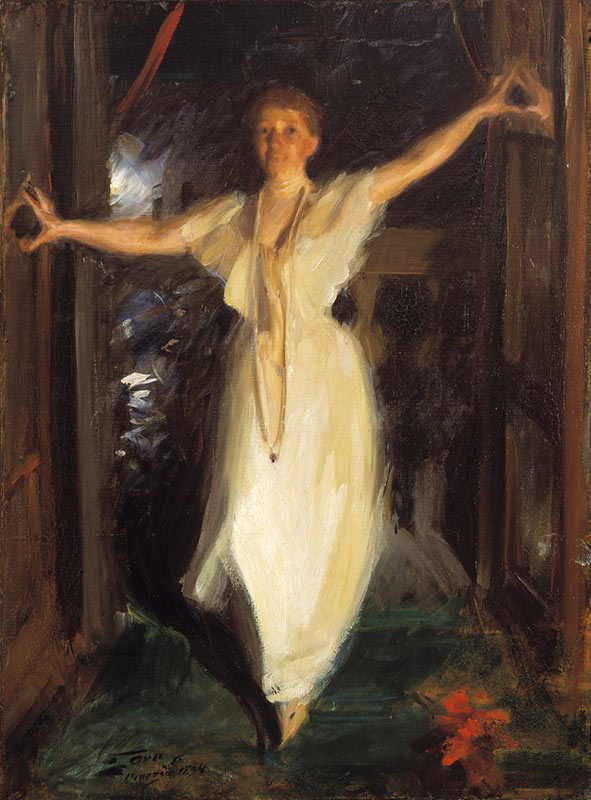 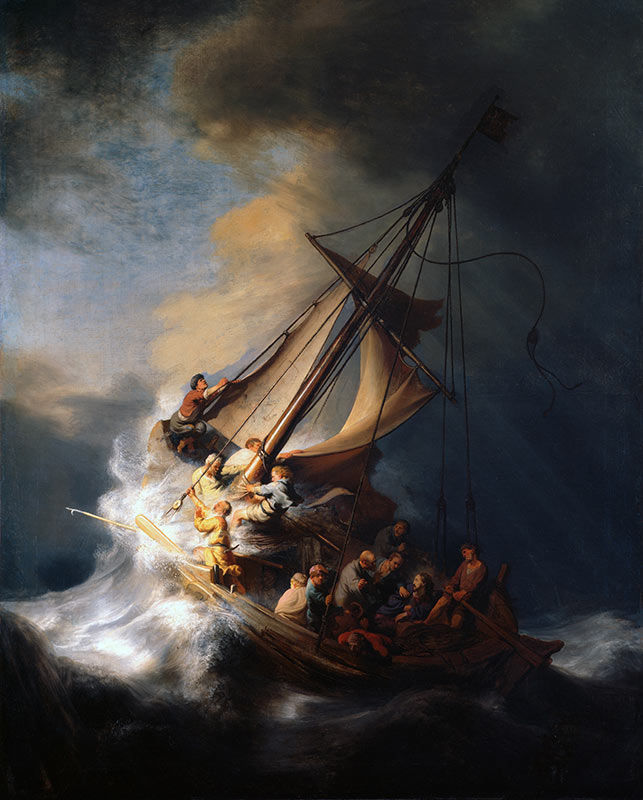 In the early morning hours of March 18, 1990, a pair of thieves disguised as Boston police officers gained entry to the museum and stole thirteen works of art.
The total worth of the stolen pieces has been estimated at $500 million, making the robbery the greatest single property theft in world history. Among the stolen works was The Concert, one of only 34 known works by Vermeer and thought to be the most valuable unrecovered painting at over $200 million. Also missing is The Storm on the Sea of Galilee, Rembrandt’s only known seascape. (Copy ISGM)
There were 13 pieces stolen and the theft remains unsolved today.
It is less well known that Isabella Stewart Gardner’s (1840-1924) love of art, began with a passion for manuscripts and rare books, which she collected from 1886, long before she made her major art acquisitions.

She possessed forty-two manuscripts dating from the thirteenth to eighteenth centuries, twenty eight of which are Italian, seven Islamic, three French, two German, and two English. Of the Italian manuscripts, twenty-three are illuminated. (An illuminated manuscript is a manuscript in which the text is supplemented with such decoration as initials, borders and illustrations/art.)
Today, you can visit this Boston museum and discover or renew your passion for the Italian masters, such as Raphael and Titian. The building also showcases a collection of beautiful furniture, photographs, sculpture and rare books straight from Europe. In 2012, the museum unveiled a new wing designed by acclaimed Italian architect Renzo Piano. The most recent addition includes a glass atrium, greenhouses and landscaped gardens. 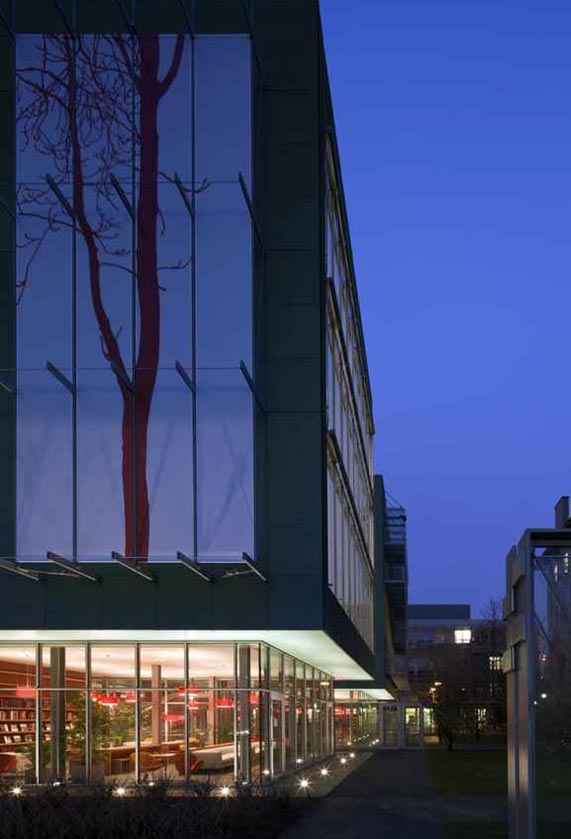 Gift at the Gardner offers a selective assortment of products that inspire and celebrate the bedrock of the museum: historic art, contemporary art, education, landscape, and music.
Rossi is pleased to be among the offerings in the shop. Currently they stock a large selection of decorative papers, notebooks and journals, notecards and holiday.

According to buyer, Victor Oliveira,

“guests are enamored with the beautiful Rossi papers. The wrapping paper is our standout: it’s classic, easy to gift, and undeniably Gardner.” 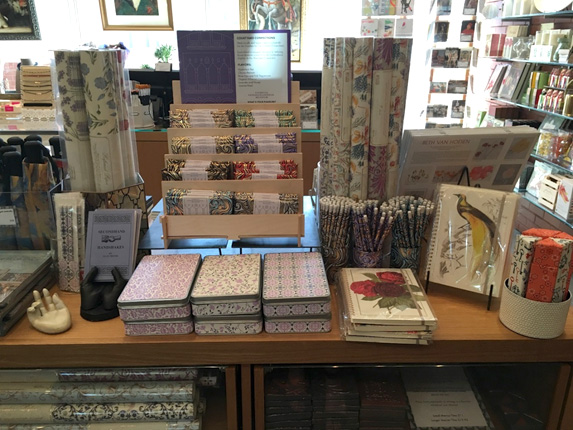 Among their custom products is their own private label line of fine chocolate, wrapped in Rossi Paper and made by Two Friends Chocolate.
www.twofriendschocolates.com

As much as any single work of art within the Museum, most visitors take away the experience of the courtyard where the stonework arches, columns, and walls create an unforgettable impression. By integrating Roman, Byzantine, Romanesque, Gothic and Renaissance elements and stone columns, it is a beautiful and harmonious whole. (Copy ISGM)

“The Gardner is not your typical museum, which has permanent installations carefully crafted by curators and educators, instead, each and every piece of art in the Museum, every painting, tapestry, book, chaise, and sculpture, every Titian, Michelangelo, Raphael, and Botticelli, sits exactly where it was placed by Mrs. Gardner (as she is called by the staff). Even the frames of the paintings famously stolen in 1990 remain on the walls, as a testament not only to the missing artwork but to Mrs. Gardner’s wishes.” (From the ISGM web page)